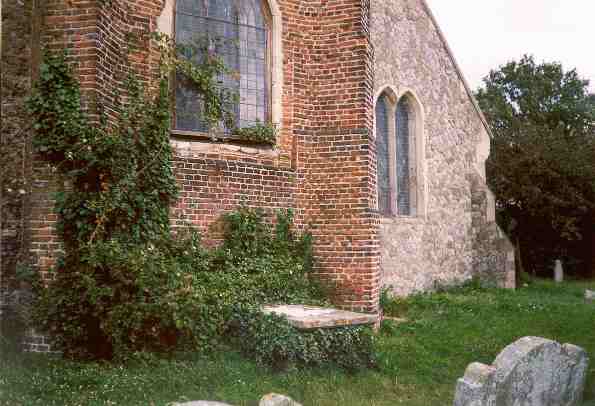 Hardly anything remains of the inscription on this tomb, partly hidden by ivy just to the west of the church. Fortunately, both Charles Golding (1889-90) and Francis Crisp (1878) made transcriptions of the monumental inscriptions in this churchyard. Careful comparison of the transcript below with the few remaining letters on the tomb confirm its identity.